Its previous life in London was pretty cool but fate decided this jacket would take a journey into the hands of Ellen Jong who ...

reimagined its whole look. As you might have guessed by the name, it’s made up of lots of steel hardware, resin, acrylic paint, and other mysterious mixed media. If you’re not totally spike-distracted, there’s a chance you might discover a few flaws or small stains which is part of the whole secondhand clothing thing and might also add a dash of unexpected flair. But the best part about all this is that not only was Ellen paid for her expert artistry but all the proceeds from the jacket’s sale will go to support the young women and gender-expansive youth becoming agents of change through environmental justice learning and activism at The Lower Eastside Girls Club. Oh, BTW since this jacket is limited edition, once it sells out it’s gone, which is kind of sad but also kind of cool because you could be the only person in the universe with anything like it. Exciting.
+ Show More - Show Less 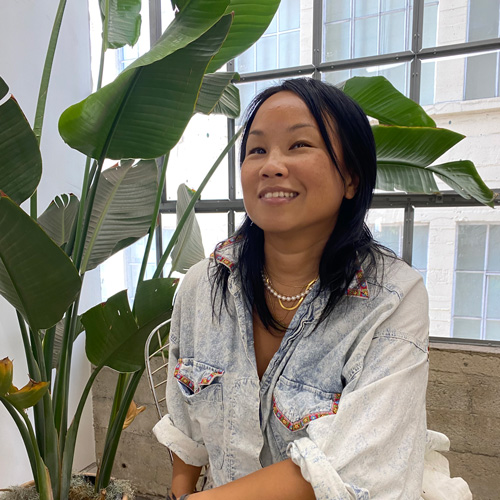 Meet the artist Ellen Jong
Ellen is from Queens, NY but has since decided that her preference is for sunshine and palms, which is a good thing since she currently resides and works in LA. Sipping black tea on her NYC-reminiscent studio fire escape while listening to a little 80’s British rock to get the mood right, she likes to think about how everything is actually connected in some way or another. When Ellen was totally in the zone, hand-producing the spikes on this jacket, a reality show or an old movie was most likely playing in the background.
Learn More About Oatly ReRuns

Wait, when’s the next ReRuns drop?

Don’t worry, you’re good. We’ll let you know when each ReRuns limited edition drop is happening. That is, if you’re on our email list, which you can sign up for right here. How convenient. 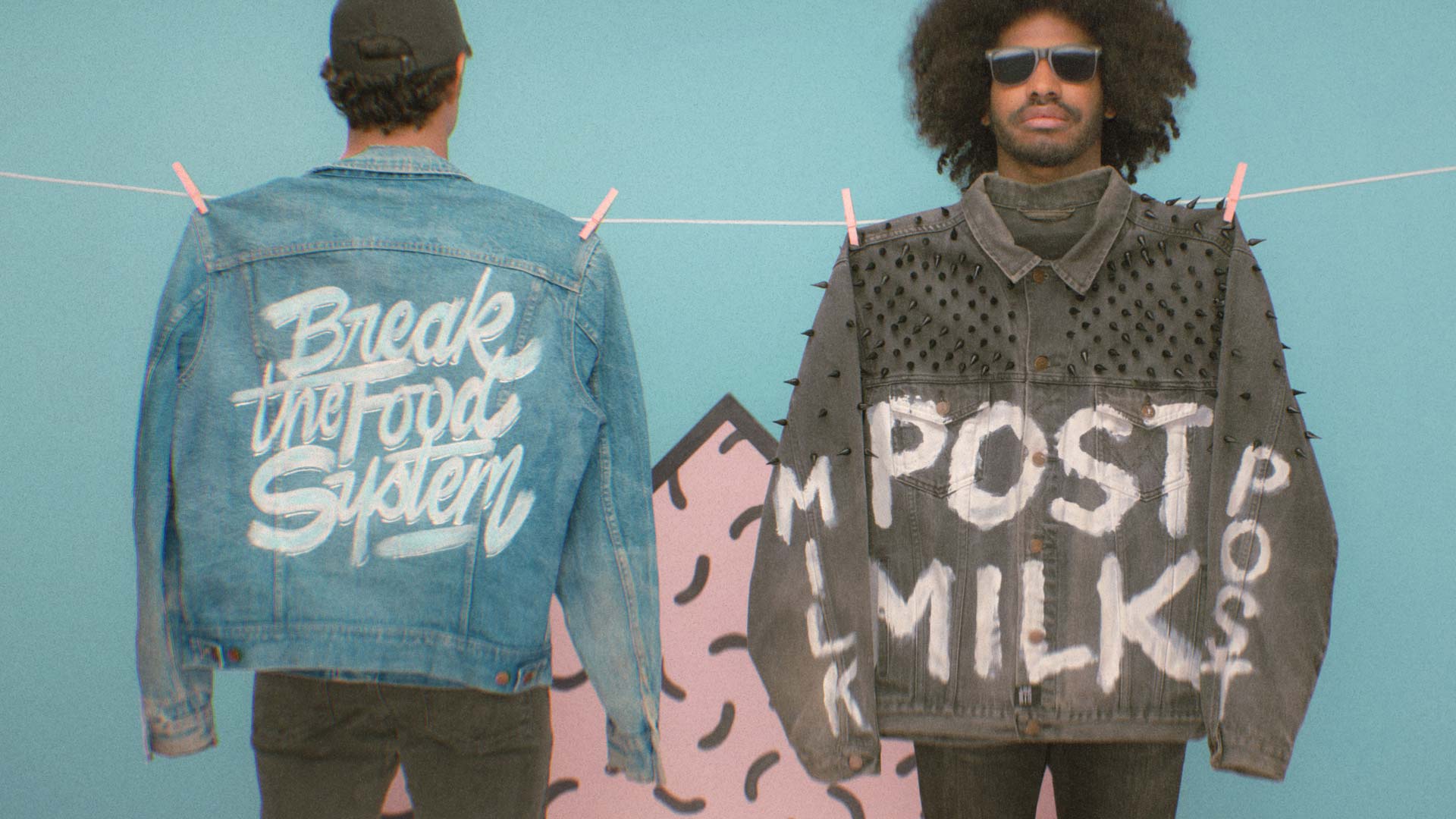 Sign up to our newsletter to keep track of what we’re up to.

Where do the ingredients come from? KEEP IT LOOKING RAD
To care for the Spikes on Spikes vintage jacket, please dry clean only.

Receive an email when Spikes on Spikes comes back! 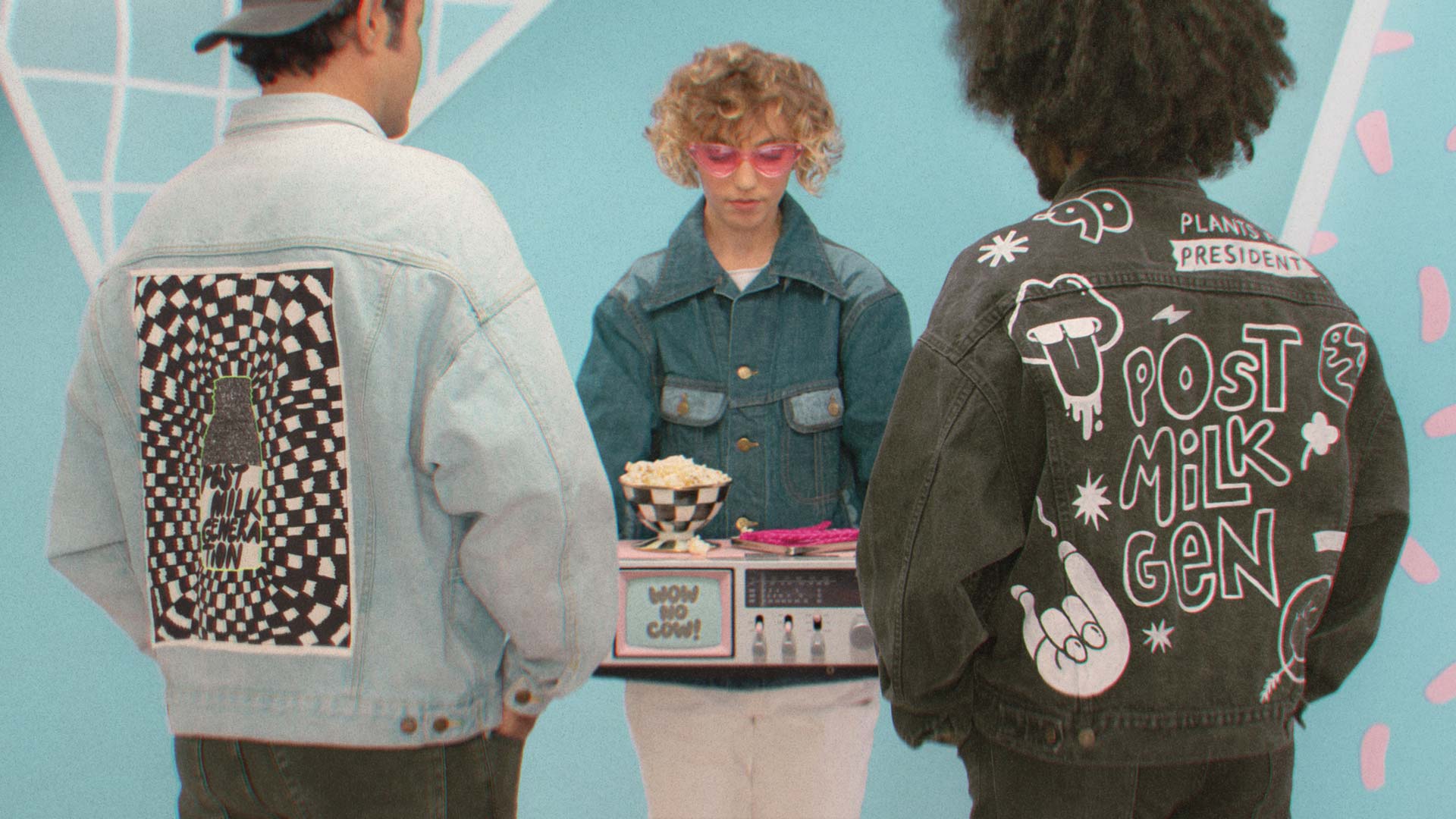